Pixel 4a: New rumors about the release date

Google’s Pixel 4a was already expected by most fans many months ago. The Android smartphone is still a long way off, but at least there are new details about the alleged release date.

Once again it’s series-leaker Jon Prosser, who after a short break dedicates himself to the Pixel-Smartphone. As he reports on Twitter, the date for the presentation of Pixel 4a is now fixed. According to Prosser, it should be “100%” on Monday, August 3, 2020.

Finally happy to give a final update on Pixel 4a!

The last date I gave you (provided in the tweet below) is the launch day!

Only question is…
Do you care anymore? Or have they pushed this off too much? https://t.co/SZkQpvRAZI

According to earlier rumours, the Pixel 4a was supposed to be introduced on July 13th, with a sales start on August 6th and October 1st – depending on the colour variant. Originally, it was assumed that Google wanted to present the reduced budget version of the Pixel 4 at the Google I/O. However, the developer conference was initially postponed by the Californian company due to the Corona pandemic, only to be completely cancelled later.

The reason for the continuing delays is still unclear. Furthermore, these delays are unlikely to help the sales figures, as many potential buyers may have looked elsewhere in the meantime. Added to this is the introduction of new entry-level smartphones. The OnePlus Nord in particular is likely to find many fans at the moment – at least in Europe – while Google’s inexpensive alternative is still nowhere to be found.

In the past, many details of Pixel 4a had already been leaked. You can find the details known so far in our overview.

This is what the Pixel 4a could look like. / © 91mobile
Pixel 5: No new release details known

In further tweets Prosser was also asked about Pixel 5. However, the leaker has no information about the schedule of the new Pixel flagship so far. So if you hoped for a simultaneous presentation of Pixel 4a and Pixel 5, you will most likely be disappointed.

Since the Pixel 2 presented its new smartphones in October, with a sales start shortly after. Due to the mentioned Corona crisis, it is quite possible that this date will also be adjusted in this month.

What do you say to the pixel 4a? Is the smartphone still relevant for you or are there more interesting devices available?

Sony Playstation 5 will launch at $399 in November 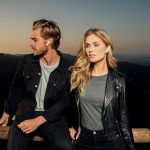 iPad Air 2020 and iPad 8: Apple refreshes it’s tablets with the Bionic A14 and Touch ID