For some time now, Huawei has been unable to deliver new devices with Google’s own software and services. However, the US government’s sanctions have not only affected the Chinese company’s software. Huawei CEO Richard Yu said at the “China Info 100” conference that the chip production of Huawei’s Kirin chips is about to be discontinued.

The second round of US sanctions had ensured that suppliers only accepted orders up to May 15th. According to Yu, this means that production of the processors will end on September 15th, 2020. Huawei is not able to produce the processors required for the smartphones themselves. Meanwhile, Huawei’s suppliers need US technologies that are affected by the US government’s sanctions. The current generation of Kirin processors could also be the last, Yu said.

Yu further said that smartphone production will have “no chips and no supply”. As a result, Huawei’s smartphone sales this year are expected to be lower than last year. In 2019, 240 million devices could still be counted. In the second quarter of 2020, Huawei deliveries were even good enough to overtake Samsung.

This catapulted Huawei to first place among smartphone manufacturers. According to analysts, the reason for this was the enormous demand in the home country, while at the same time foreign sales figures slumped by 27 percent compared to the previous year.

The P40 Pro will have to make do with Huawei’s AppGallery, but Google’s apps are a no-go. / © NextPIT
US sanctions against Huawei

In May 2019, the Trump administration announced sanctions against Huawei and 114 of the company’s partners. This means that US companies are no longer allowed to sell technology to the company without explicit government permission. This also meant that Google was no longer allowed to grant an Android license and Google’s applications are therefore missing on new devices.

Last May, further sanctions were added, blocking the supply of processors to Huawei from US companies. These then also ensured that even foreign companies were no longer allowed to supply products to Huawei if US technology was used in their operations. TSMC, the world’s largest chip manufacturer, is said to have stopped supplying Huawei’s HiSilicon processors in May.

But there may be good news for Huawei. US chip manufacturer Qualcomm is said to have asked the Trump government in recent days to relax sanctions so that processors could be delivered to Huawei. 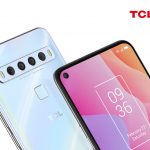 The new Galaxy S20 FE is the Samsung flagship we deserve

The new iPhone 12 Mini has it all