Earlier today, hours after leaked images of the new iPhone models were splashed all over the Internet, Apple presented the new iPhones via a pre-recorded launch event. As speculated by several industry pundits, Apple is abandoning an advanced 120-Hertz display in favour of fast 5G. The iPhone 12 Pro also comes in a completely new design and four colour options.

The new iPhones launched at the event include the iPhone 12 Pro, the iPhone 12 Pro Max, the standard iPhone 12 and a new member of the series called iPhone 12 Mini. Apple’s new flagship is likely to disappoint some Apple fans and will once again elicit a mischievous laugh from Android users. I imagine it like at the end of Michael Jackson’s thriller. I grit my teeth and try to ignore it, but the disappointment about the iPhone 12 Pro is huge.

Apple iPhone 12 comes with the A14 Bionic chipset

The iPhone 12 Pro, like all other models, comes powered by Apple’s A14 Bionic chip, which is also found in the previously introduced Apple iPad Air 2020 and was the first smartphone processor to be manufactured using the 5nm process (11.8 billion transistors, 6-core CPU, according to Apple 50 percent faster than “other” smartphone processors, the fastest graphics chip than in “any other” smartphone). In its iPhone iteration, the A14 Bionic also integrates a 5G modem. In this sense, the iPhone 12 Pro is future-proof and even ahead of its time. Because several countries are yet to deploy 5G on a large scale.

The new triple camera of the iPhone 12 Pro / © Apple Insider

All the more beautiful would have been an advanced 120 hertz display appropriate for the year 2020. It may be that tech reviewers like me are more likely than others to be bothered by how unflattering a 60 Hz display now feels in everyday life. Still, a higher refresh rate could have made an important difference with the new iPhone.

Otherwise, Apple uses a 6.1-inch display on the iPhone 12 Pro and a 6.7-inch panel on the Max version. Ceramic Shield is supposed to protect the Apple iPhone 12 Pro display from scratches better than ever. The Max version has the largest display ever built into an iPhone. Once again, we find a triple camera on the back, but this time with a 4x optical tele zoom instead of the double zoom of its predecessor. Apple has also introduced Apple ProRaw, which is supposed to take photo quality to a new level. “ProRaw” works with artificial intelligence and all the “components of the processor” to combine several layers of an image into a good overall result.

Another interesting addition is the new MagSafe charging and accessory tech for the iPhone. Apple has installed a magnet in the back of the case, which holds new accessories such as cases or charging options on the iPhone. Apple claims to use recycled magnets for this purpose. During the keynote, a charging mat was also presented, which charges the iPhone and the apple Watch simultaneously. It seems that this is Apple’s solution for the long awaited charging mat “Apple AirPower”.

The iPhone 12 Pro comes in four colors: white, black, grey and the new blue. German prices are not yet available. The iPhone12 Pro starts from $999, while the iPhone 12 Pro will set you back from1099 dollars. 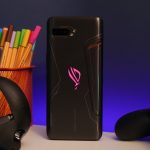 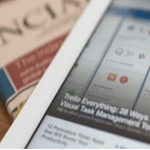 Winner and loser of the week: the IFA 2020 Edition